New Zealand for the win! Sweet as!
The Citrix Innovation award for Partners is given every year at Citrix's Summit, the kickoff event for partners and staff. I'm proud to say I attended and really resonated with the story of this year's winner.

At Citrix Summit 2017, Fujitsu, New Zealand was named as winner of the Innovation Award for Partners competition. Atea and Envision IT were also honored as finalists.

A Personal Connection with New Zealand

I'm not going to beat around it, one of my life goals is to eventually move to New Zealand. After spending a week there in a campervan, my life was forever changed. But it also became clear to me that the country is as a whole one of the best use cases for Citrix technologies. From disruptive landscapes to earthquakes, the islands have some real challenges both behind and ahead and I'm proud of Citrix for meeting them over there.

When I visited- Christchurch especially – I was struck by how New Zealand has this spirit of “Fix it, make it work”. I call it the Duct Tape country. These are my people! We were just born on other sides of the planet.

Christchurch especially still has an entire area of downtown closed off and the city is dealing with widespread abandonment as a result. But what struck me was that the country as a whole is being forced into not relying on traditional wired data transmission from single sources. At the surface, this seems a perfect use for NetScaler SD-WAN, and it is. But over there they currently have infrastructure problems which make data transmission very expensive, especially Internet based. So, I immediately thought in 2013 when I was there about how HDX would be a fantastic solution to solve the bandwidth problem. The video in the link above tells the story of how an agency key to growth there was able to keep people safe and keep things working even thru the recent earthquake in 2016. And I think Citrix could play an integral part of allowing companies to keep working even when their buildings are closed off to people being inside them.

I wouldn't work with this technology if it didn't change lives. And the ability to work dynamically everywhere in this case is literally keeping people safe and keeping them from abandoning the city and even possibly the country. Good on them.

Free hint for my friends in New Zealand: Citrix has some awesome things coming with HDX that will make bandwidth optimization even better… stay tuned!

And yes- if you have a need for Citrix App Delivery expertise and are in New Zealand don't hesitate to ask me to come spend a few months there. I'd do it in a heartbeat 😉

-DJ
And by the way- if you go to New Zealand to visit- let me recommend the guide I used when I was there, which takes you thru the iconic locations used for Lord of the Rings: Buy at Amazon.

Going Beyond CYA – Why I Secure Passwords with Dashlane 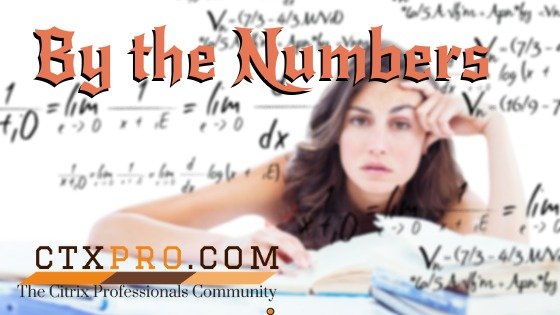