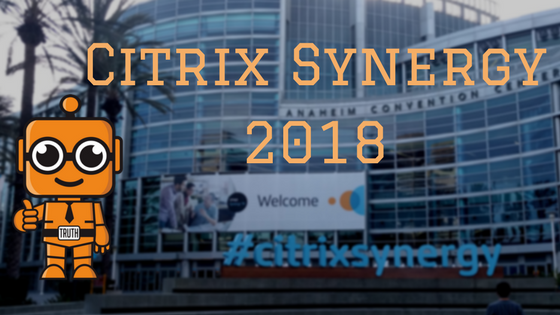 So, it was with that early adrenaline rush that I went to the Keynote for Citrix Synergy. Along the way, I did an exclusive Behind The Scenes video using my super-secret CTA powers to get early access to Synergy Park and the Expo. To get access to that video, just join our new Facebook Group.

First, CEO David Henshall announced that it was like Citrix was shaking the world… This was the first moment I realized that I was not crazy; my bed really had been moving. I'll be honest- I did a quick check of the news and verified that everyone was okay! On to business.

I'm not going to play-by-play the announcements – if you want that, I'd suggest Meri's Citrix blog about Day 1. What I will do is mention some key takeaways and thoughts.

First- Citrix is the process of re-formulating the way it's presented in the world- so you will see names like “Citrix Workspace” “Citrix Networking” and “Citrix Analytics”. This is something Citrix is working on in the background to eliminate mystery terms (I mean, how does XenDesktop really tell you it is a virtual workspace?). I have been part of the background conversation about this and can tell you that the decision NOT to focus in on naming changes was wise. So I will also not be talking about it here. I will be discussing it with my members- if you aren't already, get signed up for my membership waitlist at https://ctxpro.com/membership
You want photos? Here's some photos!

Here's how the Citrix Story will look going forward: The new Workspace App was announced. Think of it as Receiver ++

This is actually a pretty big deal not only for aggregating resources but also in terms of having Analytics right in your workspace. So- contextually showing you relevant content both from Citrix sources and other feeds from SSO, from ShareFile documents to even workflows within ServiceNow (another integration announced). Did you know that IT Complexity is one of the leading causes of baldness? Mostly from hair being ripped out.

But Citrix is focusing in on this to reduce how much IT Complexity is costing. There was a fun little demo where she actually spilled coffee on her laptop (like, for real) to demonstrate how quickly you can roam your workspace from device to device. It's the classic Citrix story. In my mind, Analytics is one of the key things Citrix is doing to keep market dominance in this space. This is one of those ‘behind the scenes' benefits to ‘going cloud'. Of course- we need to talk about the Cedexis acquisition, right? So the keynote got people talking, for sure… which means its time to talk about talking!

So I'll let you in on a little secret: Several of the CTAs (Citrix Technology Advocates) including myself have ‘speaker' badges because we were asked to facilitate talks every day at Lunch. In years past this has been one of my favorite activities and I'm really glad Citrix asked me to host a table this year! My table's topic is “Application Delivery and Cloud Networking” – but we've talked about everything from XenApp in the Cloud to MultiFactor Authentication and Federated Services. 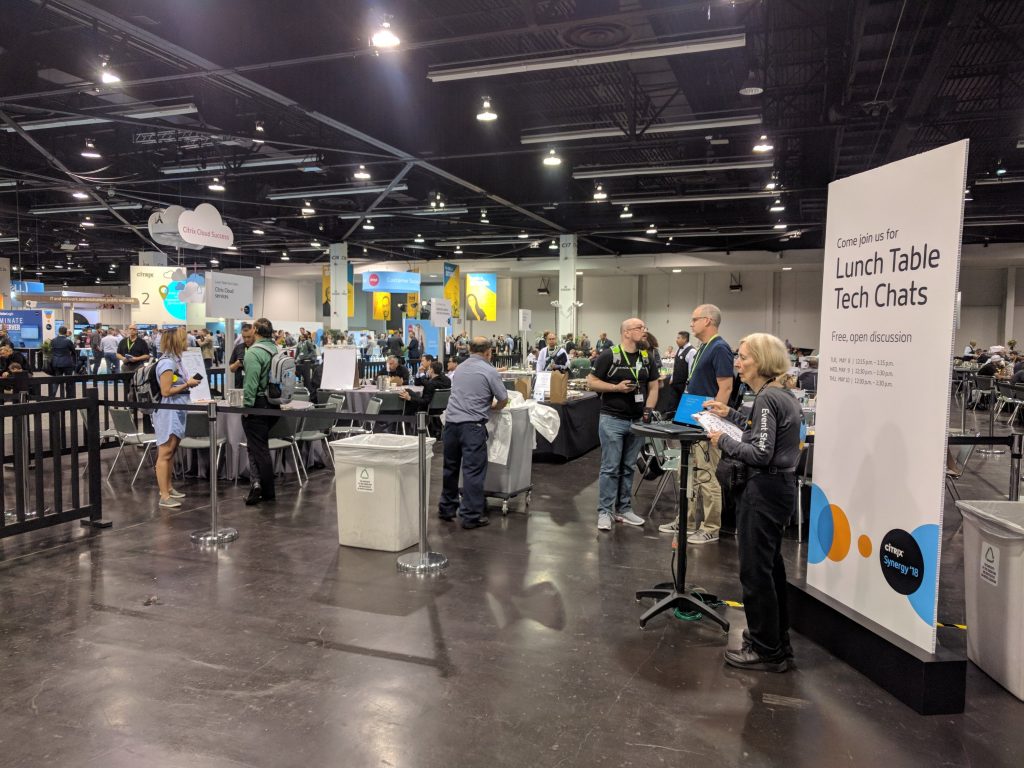 As I'm looking at the clock and realizing that I'm already running late I'm going to cut this short and hit publish knowing there is much more I could say.

What I will mention is that I have been busy handing out cards and connecting with people because I am getting really excited to go beyond Consulting work and writing Content and getting more into supporting Community and doing Coaching. If you want to learn more about that, subscribe to my mailing list!

So- all in all I had a great day. A long day to be sure, but I managed to get away across town with some old friends and have a few beers and many MANY laughs.

And that's really what Synergy is all about for me- connecting with people. 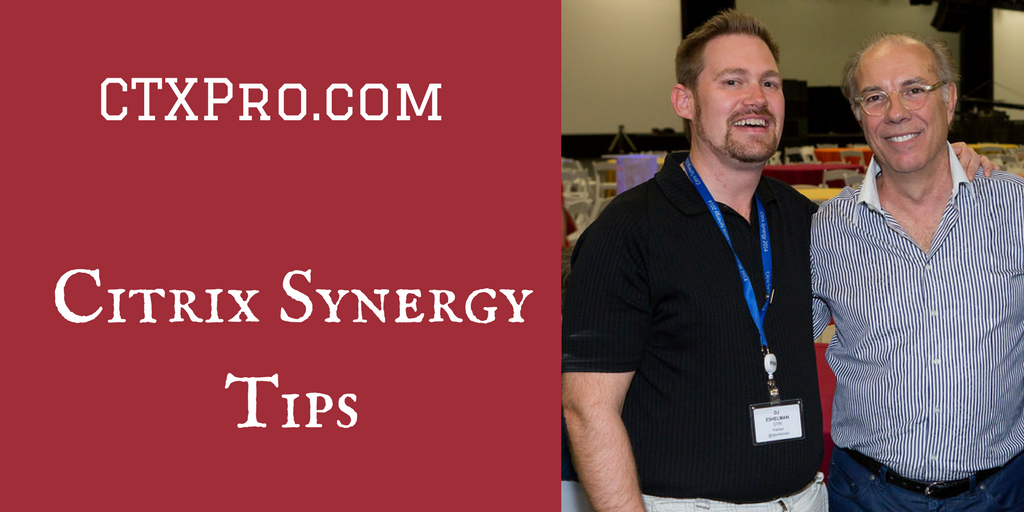 How to Prepare for Citrix Synergy