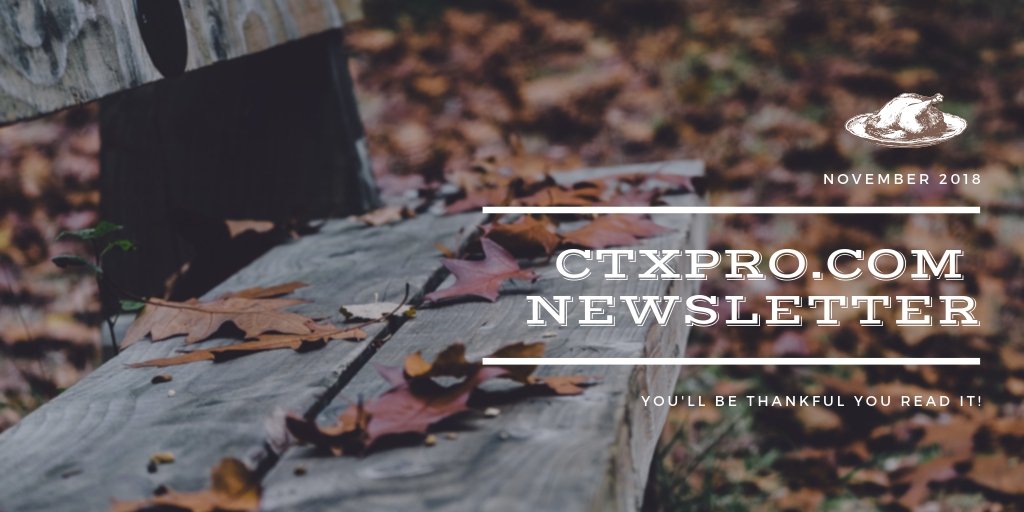 Greetings, and welcome to the first monthly newsletter for CTXPro.com! Though I've sporadically sent newsletters, I thought it was time for a new format and more regularity! So you can look for these around the first week of each month going forward. My intention is to let you know what is going on with me, with Citrix and feature new tools of interest. I hope you enjoy it!

Folks, this is a big update. Lots of stuff going on. Here's the November Newsletter Summary so you can reference back later or skip ahead.